The carnation flower is the most common flower in many countries and places. It is the second most cut flowerOva after roses.

In addition to its various meanings and symbols, This flower has other uses in reducing stress and obtaining positive energy. And in medicine in the treatment of fever and stomach pain, It is used in cosmetics to moisturize the skin, reduce wrinkles and treat skin diseases.

The carnation flower is mentioned in many legends. Some believe that her English name (Dianthus) It came from the legend that Diana was the goddess of hunting, She was returning from a failed hunting trip, and she found a shepherd playing music on her way. She blamed him for the failure of her hunting expedition. In a fit of anger, she attacked him and ripped out his eyes. And in the place where his eyes fell, a carnation grew, indicating the presence of innocent blood.

The meanings of the carnation flower:

Carnations are distinguished by their meanings that refer to love, charm and distinction. It is linked to maternal love according to the Christian legend which states that carnations grew from the tears of the Virgin Mary on the crucifixion of Christ.

The meanings and uses of cloves differ in other places. For example, in the Netherlands, the white carnation is a reminder of the veterans who fought for the Netherlands in World War II.

In France, the purple carnation is the traditional flower for funerals.

And in some other places, The red carnation appears on Labor Day to symbolize socialism and the labor movement. 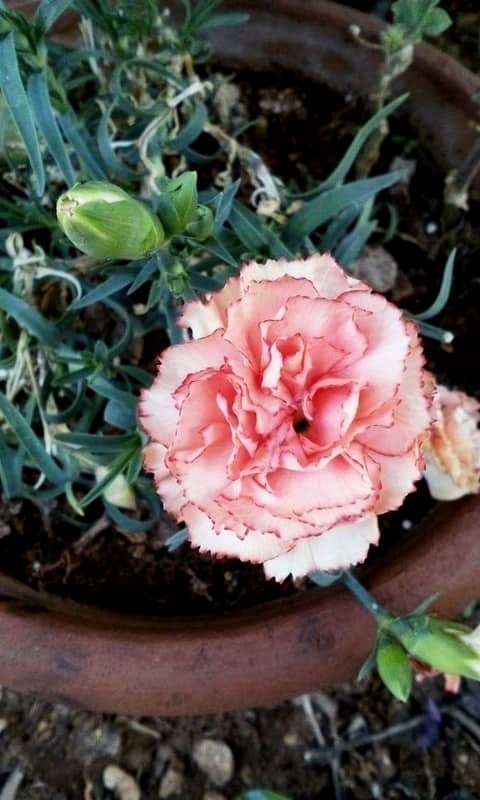 Each color of carnation has a different meaning. There is:

When do you introduce carnations?

Carnations are usually presented to mothers on Mother’s Day to express love, affection and gratitude to them. Where you see these flowers scattered in front of all the stores, These flowers are also offered on January birthdays. And on the couples first anniversary as a sign of continued love and affection.